Transit Insights is a spatial and temporal tool for exploring trends in public transit ridership in the 55 most populous U.S. metropolitan areas since 2006, built for TransitCenter. In addition to ridership counts for several modes of transportation (such as rail and bus), the map and charts include a variety of other related transit and demographic data, as well as transit lines themselves.

The map and charts have two modes: a national overview and a single metropolitan area. The national map shows cities or transit agencies as proportionally sized circles clustered in metropolitan areas, indicating both a data value for a year (for example bus ridership) and the percent change in that value over time. Each metropolitan area map zooms into street level, showing the local transportation network overlaid with demographic data by census tract. In both cases, alongside the map are "sparkline" charts showing trends over time and a parallel coordinate plot for seeing relationships between different indicators. Everything is linked so that the map and all charts represent selections a user has made, such as time span and selected transit agencies. 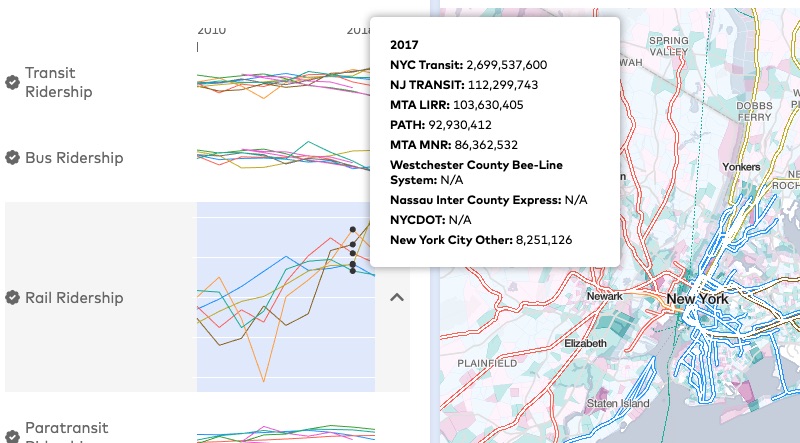 Compare trends among different transit agencies in a metropolitan area

No other projects in this category yet.

Compare trends among different transit agencies in a metropolitan area

A circle packing method keeps symbols from overlapping, while remaining grouped in metro areas upon zoom in. 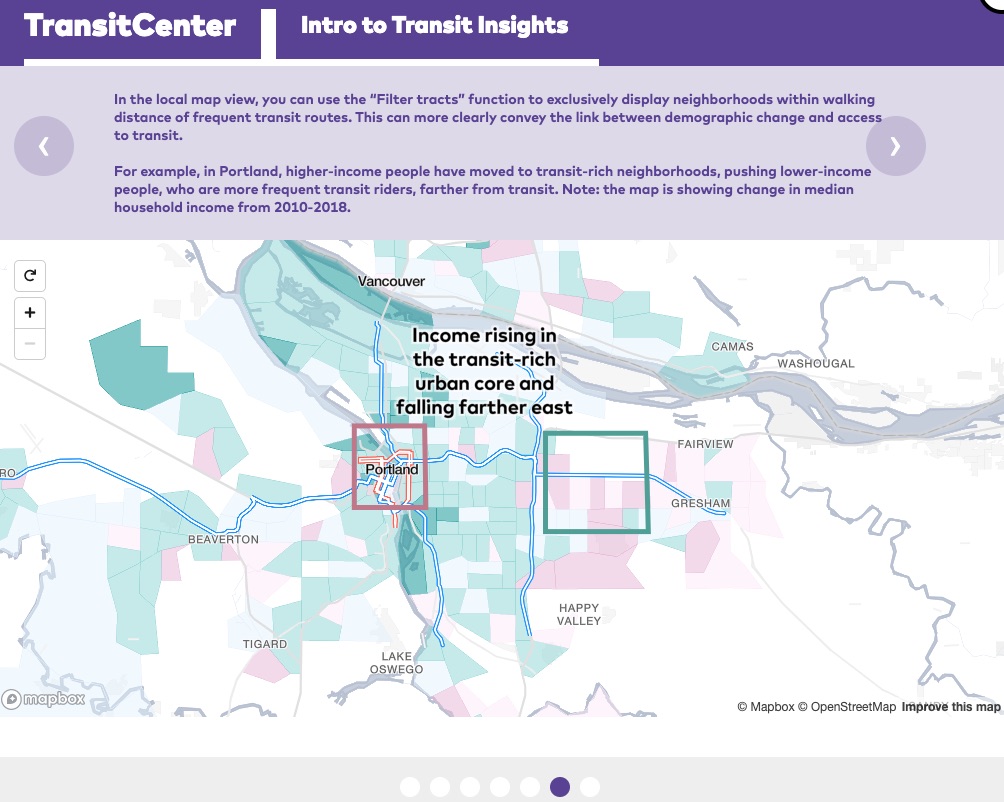 A "data story" introduction with annotated, embedded maps and charts walks through usage of Transit Insights.