Mapping the urban evolution of Beirut across its social, cultural, and religious diversity

diverseLevant is an online mapping platform that illustrates the urban evolution of Beirut, over its entire history as well as across its social, cultural, and religious diversity. Primary sources, such as views of the city, historical maps, archeological surveys, and architectural projects are located in time and in space while their associated visual and geographic data are integrated across a number of databases, including an open-access digital library of images, a geographic information system, an open source relational database, and a content delivery web service.

Powering diverseLevant is iRio, a Node application that facilitates:

The iRio platform was first developed for use in the imagineRio project. It made sense to re-use it here; not only because the system was already built and tested, but also because the data collection team at Rice was already familiar with the intricacies of the data required to power the map. With this knowledge and their existing best practices, they were able to quickly produce new the dataset for this map.

The diverseLevant basemap was inspired by the historical map from which we drew an accent color, borrowing its otherwise pale color palette, yellow roads, and pink buildings, and even mimicking its hand-lettered labels with a strong font choice. The pink accent color runs throughout the map UI, unifying it with the visual style of the basemap.

The UI of diverseLevant places extra emphasis on the primary source images that have been georeferenced and added to the map. These images are divided into views, maps, plans and surveys. The display the city as it was and as it was planned to be at multiple scales. Users can view thumbnails of the images in the filmstrip along the bottom of the map as well as in a gallery view that displays all available images for a year. When added to the map, the georeferenced maps integrate with the iRio systems, allowing users to probe and retrieve information about areas and features contained on the historic maps.

View a spatially and temporally accurate map of Beirut for a selected year.

View a spatially and temporally accurate map of Beirut for a selected year. 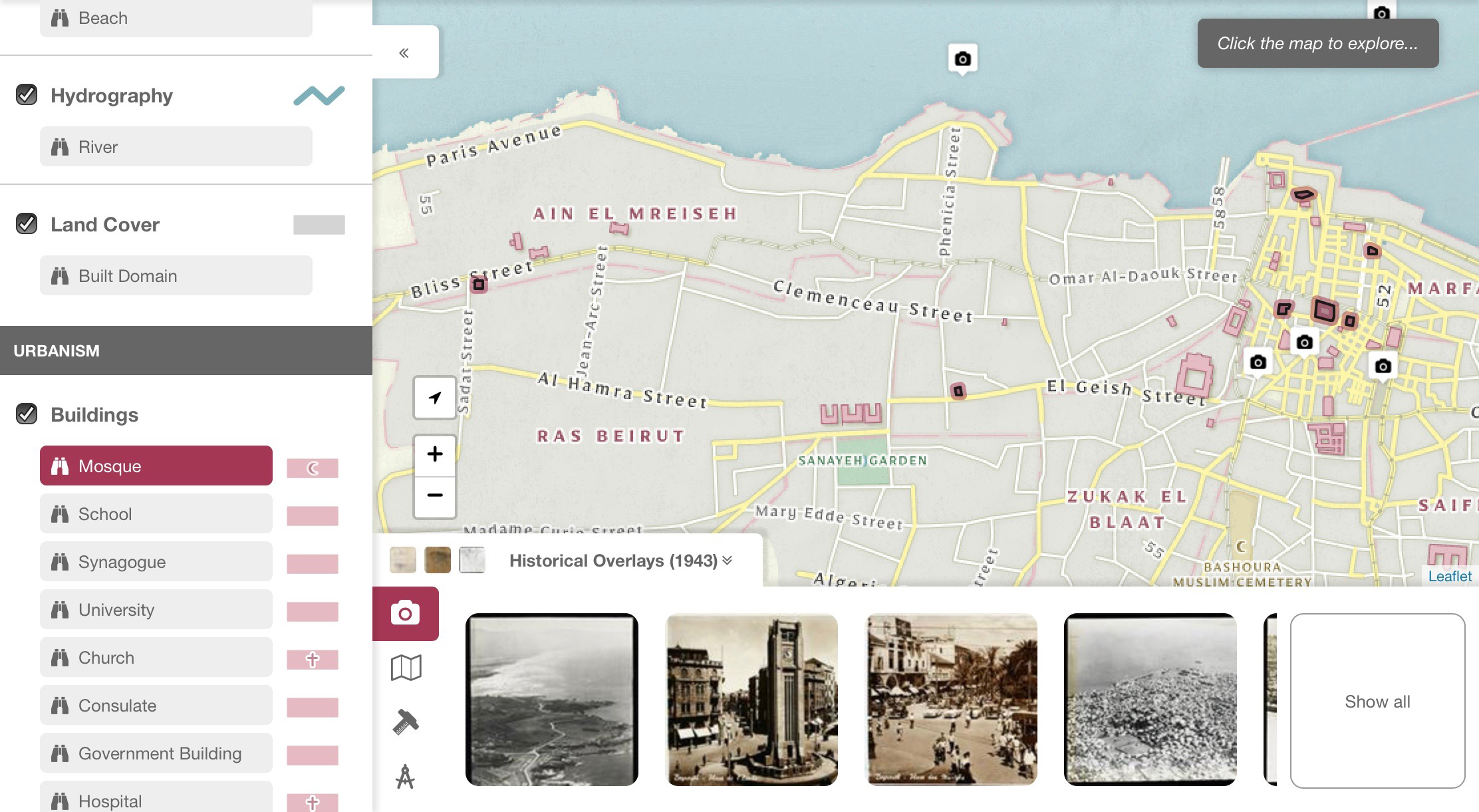 Highlight specific features by their subtype for a detailed view of the city.